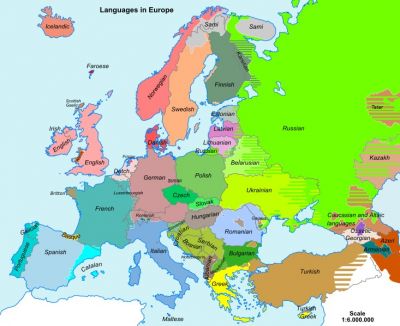 Europe is rich in languages. The main language families in the EU include Germanic, Romance, Slav and Baltic. The EU has 24 official languages but there are many other lesserspoken ones.

There is just one prefix for making international telephone calls. It is 00. The country codes are:

Postage stamps can only be used in the country in which you buy them, even when priced in euros.

All of Europe has 220–240 volt, 50 cycle alternating current. Ireland, Cyprus, Malta and the United Kingdom have square three-pin plugs but, in general, all other EU countries have two-pin plugs. These may vary but you should be able to use your appliances, such as hairdryers and shavers, anywhere. Adaptors can usually be bought in airports and tourist resorts.